Lakeland’s Dixieland: A Nostalgic Neighborhood Made Anew
Story and Photos By Steve Steiner

One of Lakeland’s oldest neighborhoods is a nostalgic haven for shops, galleries, historic buildings, homes and more.

Karen Dasher will tell you. “It’s the Northerners.”

They’re the ones who ask about why her shop, Dixieland Relics, located at 949 S. Florida Ave., in Lakeland, is in a neighborhood named, aptly enough, Dixieland.

There’s nothing racist about it. If anything, nowadays, it’s quite the opposite, she claims.” “It’s very artsy, bohemian.” By her estimation, there are at least four other shops similar to hers; two, maybe three coffee shops; a bakery/sandwich shop open only several hours on Wednesday evenings and Saturday mornings, in which devotees will queue in a line that snakes its way to and around the corner; and several other related businesses.

However, it has only been of recent note that Dixieland’s status as an “in place” to be has developed. Prior to that, for decades starting in the mid-1950s and lasting only up until recently, Dixieland was in a serious state of decline according to articles and columns in newspapers (such as the then Lakeland Ledger, Tampa Tribune and Orlando Sentinel-Star). Many of these articles and columns attributed the decline to a shift from owner-occupied residences to renters.

Matters may have reached a low point in the 1970s as despite an $85k renovation, the nearby Dixieland Mall (which was outside the actual Dixieland neighborhood but still considered part of Dixieland), the area was considered so dangerous that store owners whose storefronts were being vandalized were paying off-duty police officers to patrol it from midnight to 6 a.m.

But before then, Dasher remembers how different Dixieland was.

“It used to be the posh neighborhood,” says Dasher. Although a lifelong Lakelander, she herself has never lived in Dixieland, but her grandparents did and as a child she often visited. She remembered, too, that the neighborhood had its own water tower.

According to Katie Wilson, writing for an online news platform dated April 25, 2016, (www.ylakeland.com), the current revival began in 2016, and she credited Hillcrest Coffee as the genesis. Another major influence was the involvement of Greg Fancelli, whose interest in Dixieland has been cited by several sources. Fancelli is a descendent of George Jenkins and one of his major accomplishments was saving (and then moving) a landmark structure that now houses the Cob and Pen restaurant.

Regardless, the neighborhood has begun improving.

“I’ve been here on and off 15 years,” says Mike Henning. He likes the neighborhood because of the old houses, many of them craftsman-style structures. “My home is 104 years old. You don’t get that comfy feeling in other, newer houses.”

He also likes the fact the neighborhood is quiet, but it has taken some doing on his part, as well as those of neighbors, who have developed a working relationship with the Lakeland Police Department.

Henning gave an example of a nearby house.

“It was like a McDonald’s drug house,” says Henning, who further stated it was like a 24 hour drive-thru. But the residents working hand in hand with police put it out of business. Henning says the community is no longer tolerating that kind of behavior and activity anymore.

David Elfring seconded that. A neighbor of Henning, Elfring has lived in Dixieland approximately two-and-a-half years.

Today you will find a charming community dotted with nostalgic shops that have long been a part of the fabric of Lakeland, historic buildings, green spaces, restaurants, and art galleries. Many of the streets are still paved with bricks and many of the homes in Dixieland are known as “craftsman-style” architecture and design. Dixieland has a distinctive vibe that is part retro, part eclectic— and all Lakeland. 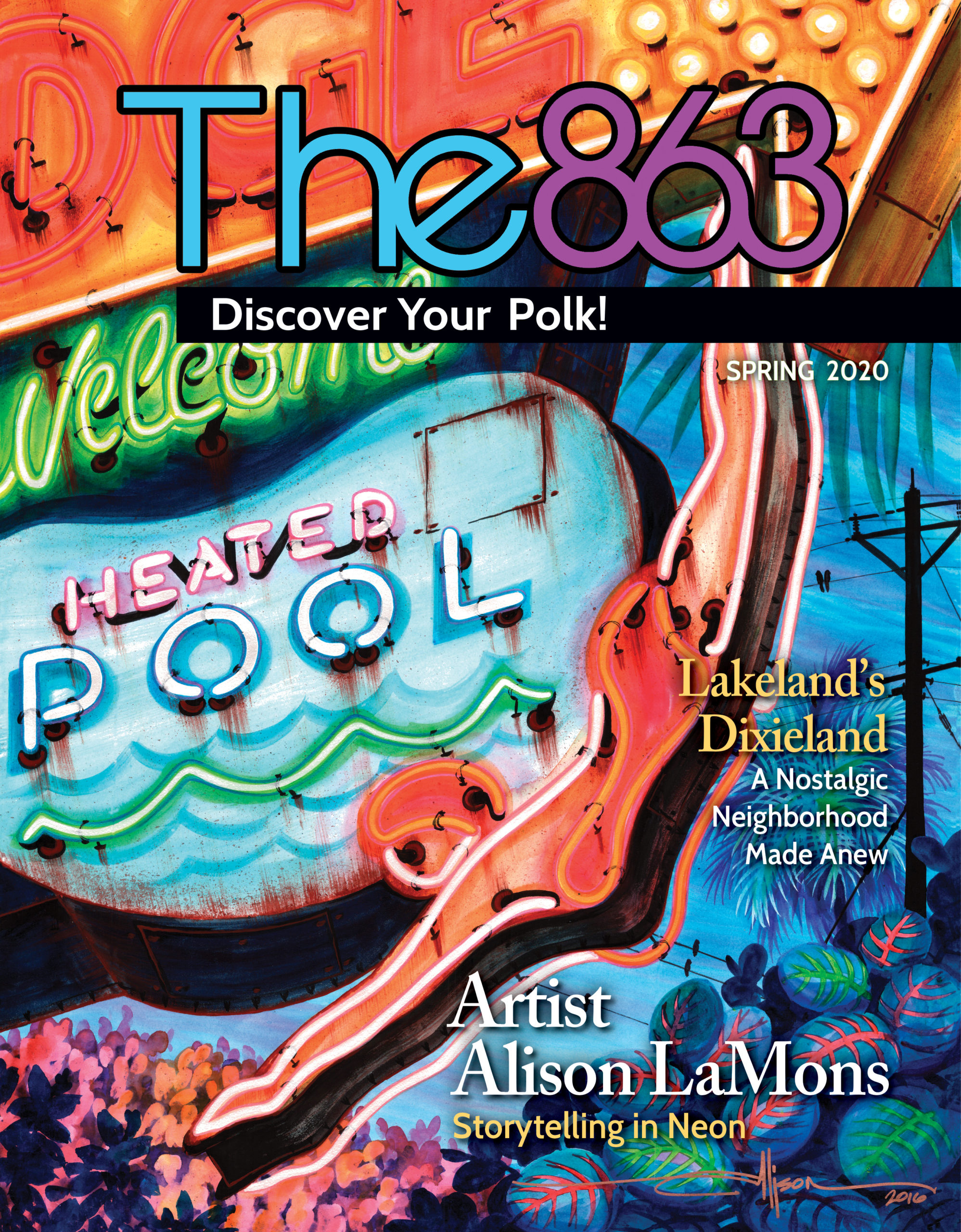