Apropos of Nothing: Friendship is a Gift
An Editorial by Jamie Beckett

Friendships are a gift. Even when that friend believes the Earth is flat and the moon landing was a hoax.

Friendship, in my opinion, is one of the great gifts in this life. It doesn’t come without challenges, though. Friendship isn’t easy. It takes persistence, a willingness to turn the other cheek, and sometimes you just have to shut your mouth and let the chips fall.

My friendship with Craig is a good example. We’ve been friends for more than 40 years. We met in college, back when I was an undergraduate at Bryn Mawr College in Pennsylvania. Craig was a cashier at a convenience store near my dorm. I was a student who, as a joke, applied to Bryn Mawr, an all-women’s college. Through a series of accidents and misunderstandings that were common in the pre-Internet world, my androgynous first name combined with the prevalent hairstyles of the last 1970s allowed me to make the cut. I was thoroughly entertained when an acceptance letter showed up in my parents’ mailbox. What a hoot.

I was considerably less entertained when no additional letters of acceptance followed. None. Not even Grambling State, where fewer than four in 10 students graduate.

Not all jokes land the way you intend them to. My college roommates can attest to that. Naomi and Shanice were and still are two rabid-male feminists who never did find their indoor voices.

But college wasn’t all bad. After a raucous road trip to Louisiana during Spring Break of my junior year, I participated in crocheting a massive anti-Vietnam War banner that was hung across the entrance to Grambling. That ought to show them up for rejecting me. The war had ended six years earlier, but Grambling being what it is, none of the students or faculty were apparently aware of that detail.

You live, you learn. That’s the way it goes.

Anyway, back to my friendship with Craig. He is, was, and will continue to be, a complete idiot. That’s not an insult. It’s a simple, basic truth. But his idiocy doesn’t have any effect on our close and long-lasting friendship. If you want someone to help you move a couch, Craig is your guy. He’s even got a pickup truck that he’ll throw in on the deal for no extra cost. He’s got a heart of gold, but he’s also one of the dumbest dudes I’ve ever met.

Craig is a flat-earther. He believes the entire world is as flat as a pancake, positioned under a dome made of some unspecified material, and that Antarctica is an insurmountable barrier of ice, something like the Wall in Game of Thrones. Except the Wall in Game of Thrones has a gate that leads to the other side. Craig hasn’t quite reasoned that out yet. There’s something on the other side of every barrier. That’s true, whether it’s a glass door at the local 7-Eleven or the Himalayas. There’s something on the other side. Always.

He’s also a staunch believer in chemtrails, the theory that says jet airplanes are spewing out toxic chemicals and weapons of biological warfare as they pass over our heads. This is all planned, of course, by a very non-specific, “they.” Just as his belief that the moon landings never happened, because as Craig explains it, “There is no outer space, man. There’s just this. Earth. A big, flat green disc floating in a sea of nothingness.”

Okay. I’m not sure how to argue with him about something that stupid and obviously wrong. Thankfully, I’ve learned that I don’t have to. There’s no point. We’re friends, not scientists searching for the true nature of black holes or quarks. We’re not trying to find the elusive Unified Theory that Einstein was stymied by. We’re not even debating whether electricity flows from positive to negative or negative to positive. Who cares! We just watch football together, turn wrenches on each other’s cars, and occasionally light up the grill and throw a big hunk of meat over the flames.

We’re friends, for goodness sake. It doesn’t matter that Craig is dumber than a guinea pig. He’s a good guy, his galactic stupidity notwithstanding. We don’t have to fuss and fight and squabble over every little detail of fact, or science, or politics. That’s not what our relationship is based on. It’s based on trust, and mutual respect, and an expectation that we’ll each always be there for the other.

Friendship is sort of like a marriage when you get right down to it. Except you don’t have to get a divorce to get away from your friends. You just move away and never talk to them again. Kind of like my relationship with Naomi and Shanice, who I shared that dorm room with. I still have nightmares, sometimes. 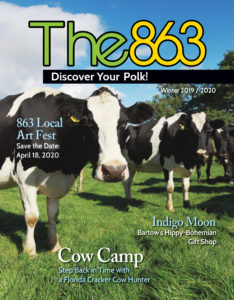